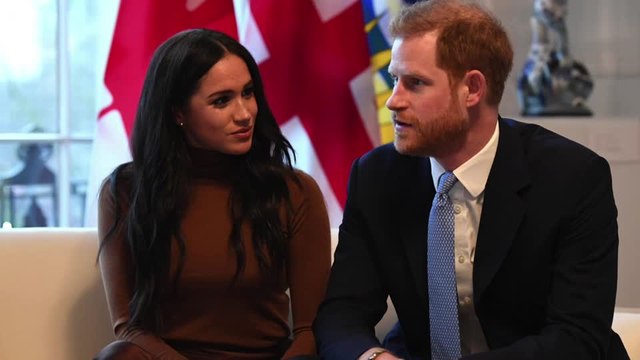 In a remarkable break with tradition, Prince Harry and Meghan Markle can go their own way. After holding an emergency meeting with her grandson Monday, Queen Elizabeth gave her blessing to the couple's desire to step back as senior members of the royal family and live part-time in North America. In a statement, the 93-year-old monarch said, "My family and I are entirely supportive of Harry and Meghan’s desire to create a new life as a young family.... Although we would have preferred them to remain full-time working Members of the Royal Family, we respect and understand their wish to live a more independent life as a family while remaining a valued part of my family." And so apparently ends the latest - and one of the most astonishing - episodes among Britain's royal family. The crisis was triggered when Harry and his American actress-wife Meghan blindsided the Queen - and the world - with an Instagram post that said they would carve out a "progressive" new role within the family, partially raising their young son Archie an ocean away and working toward being financially independent. Buckingham Palace scrambled, quickly issuing a counter-statement that essentially said hold on - these things are complicated. The Queen then summoned Harry, his father Prince Charles and his older brother William for a family pow-wow - with Meghan said to have weighed in on the phone from Canada. In the end, Harry and Meghan appear to have gotten their way and their exit - or "Megxit" as some have playfully called it - will soon be set into motion. In fact, sooner than later. Although the Queen acknowledged that, "these are complex matters for my family to resolve, and there is more work to be done," she said she has asked for final decisions about the couple's new course in life to be reached in the coming days.