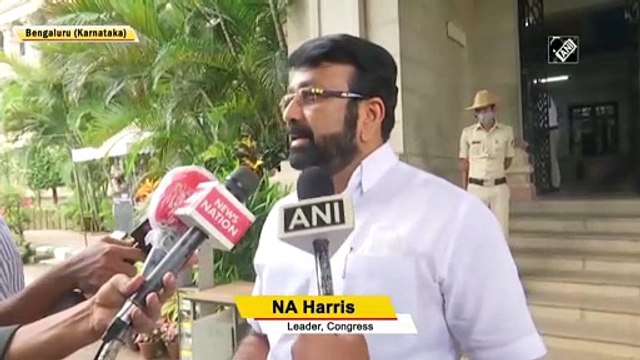 Karnataka Religious Structures (Protection) Bill, 2021 was introduced in the state Assembly to protect religious structures in public places on September 21. Reacting to this bill, Karnataka Congress Leader NA Harris said, "They demolished temples, now they're saying they'll protect them. They're making fools out of people. They shouldn't touch any religious structure. It's being done for vote banks. Everything can't be made legal. They should've had a discussion."