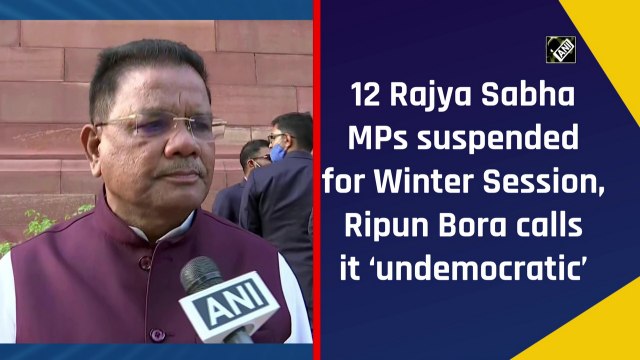 After the suspension of 12 Rajya Sabha leader from the Winter Session on the first day on November 29, the suspended Congress leader of the Upper House Ripun Bora said that it was murder of democracy and constitution, not given opportunity to be heard.

“This is totally undemocratic; murder of democracy and Constitution. We have not been given the opportunity to be heard. This is a one-sided, biased, vindictive decision. Opposition parties haven't been consulted,” Bora said.